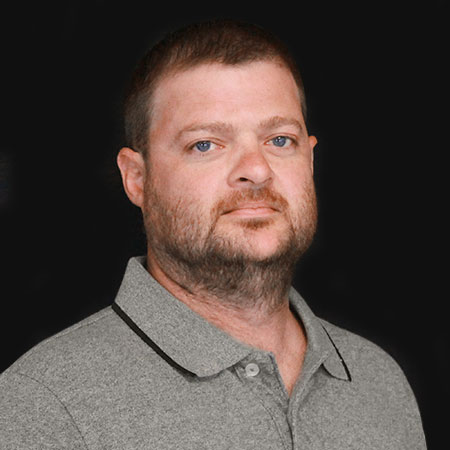 Brad Berg is a data collection specialist for FieldReveal. Berg grew up on a farm northwest of Watertown, South Dakota and attended Clark High School. Upon graduation, he journeyed to South Dakota State University to further his education where he earned a bachelor of science in agronomy in May of 2001. In the spring of 2003, he was introduced to Glenn Hanson who had recently moved his company from Jamestown, North Dakota, to Watertown, South Dakota. Brad was hired to work for MZB Technologies in April 2003, which now is FieldReveal.

Throughout the years, Brad has enjoyed seeing the enormous leaps and bounds of technology in the agriculture industry at every level. From starting out mapping fields with a manual transmission truck that had the passenger seat removed to allow room to set up an entire computer desk, to these days of a simple tablet mount in the pickup. From days of digging through plat books for field locations to now being directed to a specific field approach via Google maps. He looks forward to what the future holds with both technology and newly formed partnerships.

Brad resides in Clark, South Dakota where he enjoys golfing, fishing, bowling and farming in his spare time.