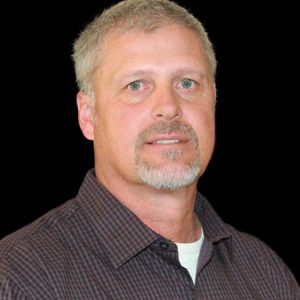 A 30-year ag retail veteran, Glenn started in ag retail at the early age of 14 with Agtegra (formerly South Dakota Wheat Growers) as a tender driver.  After college he served in the Army until 1987, and then joined the family ag retail business in South Dakota. In 1992, he became the director of agronomy at Midwest Agri-Development. This North Dakota-based company held ownership in three John Deere and one Ford/New Holland dealerships making them a unique company offering both equipment and agronomy services.

During his employment with Midwest Ag, he endeavored on an effort to create a variable-rate technology.  His vision was to develop a system that would allow northern corn belt growers to take advantage of the precision ag equipment that had been used since the 1980s to better place nutrients in the field.  From those efforts, the MZB Zone Management System was born. The system received two U.S. and one Canadian patent and has become the standard zone management system in the upper Midwest.

In 2001, Glenn founded MZB Technologies, LLC, a business-to-business precision agronomy technology company.  The company’s major emphasis was to support agronomists in delivering precision ag and traditional agronomy services to growers, specifically the MZB System. During the early years of the company he designed and wrote MZB Tools, the foundation platform of MZB Technologies. MZB Tools was a pseudo-cloud platform paving the way for the present day cloud platform that the company now uses.

Agtegra purchased the company in 2011 and Glenn remained with the company as general manager of operations accepting the position of vice president of product development in 2017 when the company changed its name to FieldReveal, LLC.

As a charter member of the North Dakota State CCA Board, he helped design the State CCA test for agronomists and held that position for two terms. Glenn has maintained his CCA since the early 1990s.

Associate of Science in Agronomy, University of Minnesota, Crookston