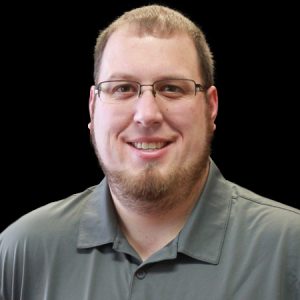 Nathan Odegard works as a mapping center specialist for FieldReveal. Odegard has been with the company since early 2016. During his tenure at FieldReveal he has enjoyed making the best zone-based management maps in the industry. FieldReveal’s patented MZB zone map is a zone management map that uses a multi-layer approach. It’s created by combining information layers including electrical conductivity, elevation, and a yield potential layer to produce a map that shows patterns of nutrient and yield potential differences.

Nathan attended South Dakota State University where he earned a bachelor of science degree in agronomy. This education prepared him for his career in the agriculture industry.

Prior to Odegard’s time at FieldReveal he was with Legend Seeds as the research development agronomist. His focus was the research and development of the corn product portfolio and training/teaching the sales staff on the strengths and weaknesses of the new products. Nathan partnered in creating a marketing platform called L.E.A.P. (Legend’s Elite Advancement Project) that showcases Legend’s research program, which is still in use today. Early in his time at SDSU he worked at DuPont Pioneer’s research station in Volga, South Dakota. During his time with Pioneer, Nathan learned the basics of corn research and pollination techniques. He gained an appreciation for the time and effort the staff and breeders put in to create solid hybrids. This experience pushed Nathan to pursue his career in agriculture.

In Nathan’s free time you can find him on a lake catching fish or in a field hunting. In recent years, his favorite activity has been pheasant hunting with his two English Springer Spaniels. One aspect of his life that many may not guess is that Nathan enjoys cooking. In high school he worked as a short-line cook in three local restaurants, and during his senior year he managed and ran the local country club restaurant.